“Mr. Carlon's treatment is the best kind of fresh take on classic material, rendered with a perfect balance of adoration and irreverence that never misses the mark...”

— Will Friedwald, The Wall Street Journal

“Mr Carlon espouses a tone by turns gritty, rapturously lyrical, sparkling and luscious...in the confines of the studio, he is able to display his innate ability to convey – with memorable eloquence – dramatic narratives, a skill honed not only through his compositional ability, but to do so while speaking, with deep knowledge, in many dialects, primarily Jazz and Afro-Caribbean.”

Embodying the intimacy of the jazz trio and the hypnotic energy of Afro-Latin rhythms, the Paul Carlon Trio began as that rarest of birds in today's music world, an innovative improvisational group with a weekly gig. Inspired by Sonny Rollins' pioneering chordless trio, veteran NYC saxophonist/composer/arranger Carlon formed the group in the winter of 2015, when he was asked to put together a trio for a regular Saturday brunch gig at Papasito restaurant in Upper Manhattan. Transferring the Rollins concept to a Latin format, Carlon decided to invite some friends to complete the lineup, and let their creativity take them wherever it could. Grammy-nominated conguero Wilson “Chembo” Corniel and young lion bassist Alex Ayala got the call, and the group developed a loyal weekly following. For a year and a half they entertained the Saturday afternoon crowds at Papasito with their sabor and knowledge of Latin standards and traditions, performing (and singing) classic songs by the Buena Vista Social club, Arsenio Rodriguez, and Mongo Santamaría, as well as developing their own original material. In the process the Trio put together a sound that is grounded, forward-looking and unique, as displayed on their debut album, Tresillo, released in 2017. 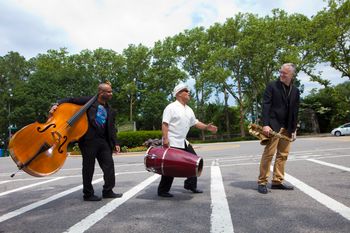 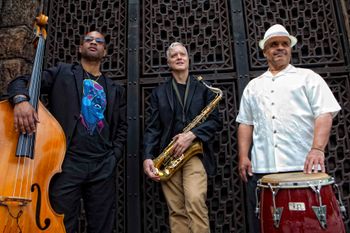 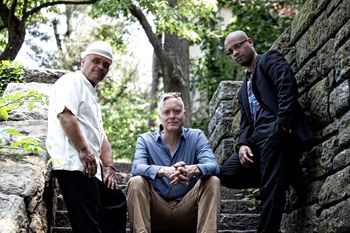